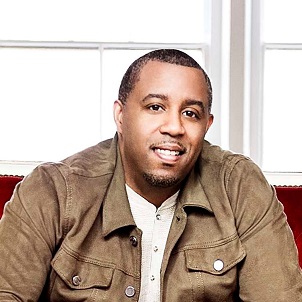 Wayne Hector is a songwriter whose multi-million-selling songs have soundtracked more lives than most. His hits have spanned decades, genres and continents. After a short spell in British pop-funk outfit Rhythm N Bass, he realised that his true passion would always be songwriting. His first cut was ‘Love To Love’ for Damage; shortly afterwards he scored his first Number One with what he describes as “a really tiny bit” of ‘Flava’ by Peter Andre.

To some, Wayne is the unofficial king of the boyband, and over the last 15 years not one successful British boyband hasn’t benefitted from a bit of Hector’s pop fairydust: from the late-90s pop explosion with Westlife, Damage, Five, Blue and A1, to the 21st century boyband takeover with JLS, One Direction and The Wanted. Then there are the international lads – 98 Degrees, Big Time Rush, and O-Town – but Hector refuses to be typecast. He’s also behind international hits for girlbands (Pussycat Dolls, All Saints, Girls Aloud), solo women (Paloma Faith, Britney Spears, Nicki Minaj, Pixie Lott, Carrie Underwood, Christina Aguilera), solo guys (Olly Murs, Mika, Labrinth, James Blunt) and a handful you might file under ‘miscellaneous’: Kate Winslet, Def Leppard, Susan Boyle, Billy Elliot, Il Divo and Rascal Flatts.

In 2013, his work with super boyband One Direction saw their song Best Song Ever debut at number 1 in 65 Countries worldwide. 2013 also saw the return of the Hector/James Blunt partnership, which yielded five more songs for James Blunt’s latest album Moon Landing. Hector has future releases planned including songs with The Fray, Rixton, Kylie Minogue, 5SOS, Olly Murs and The Vamps.